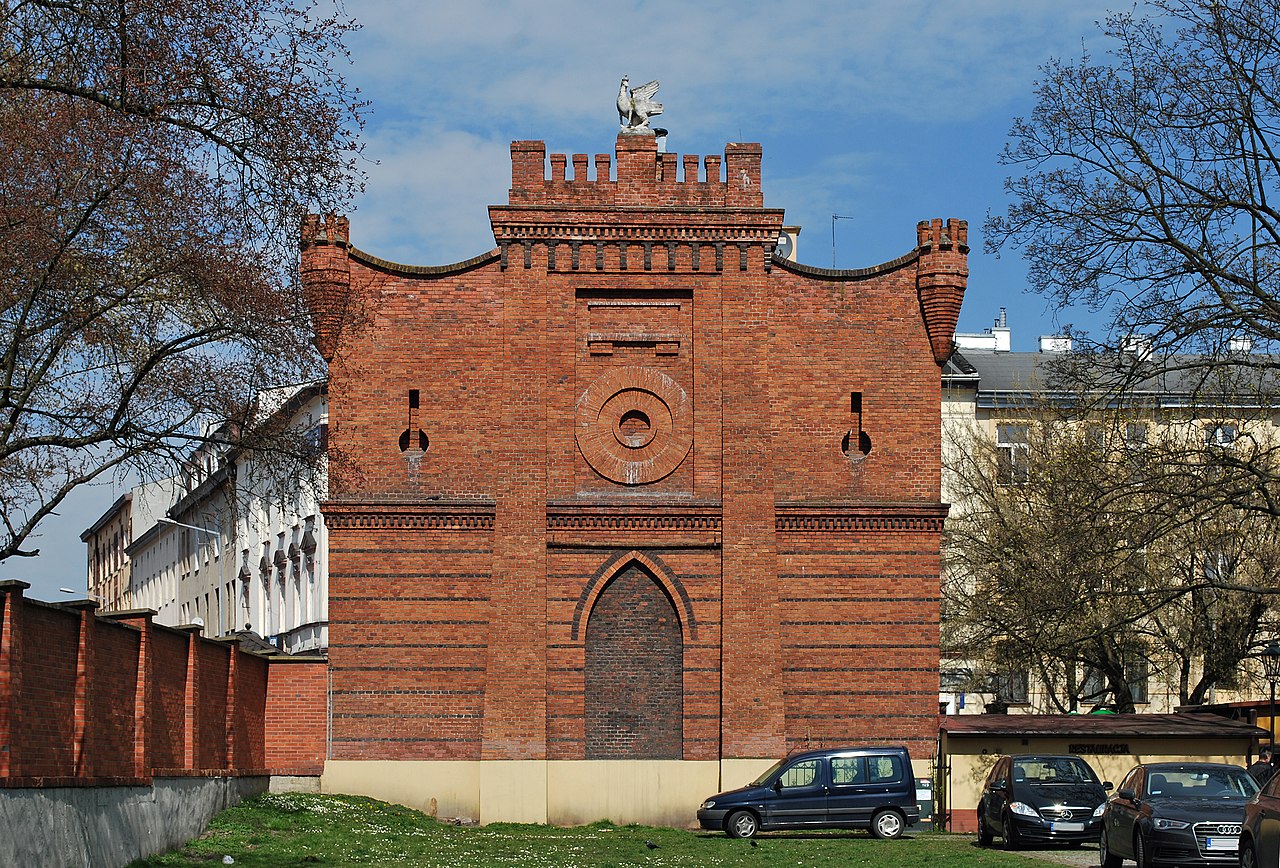 West of the Main Railway Station

Lubicz Street, starting near the Main Railway Station, it looks very big-city and interesting thanks to "racial" tenement houses, which Vienna or Berlin would not be ashamed of. Even before the railway viaduct (a monument with 1898 r.), to the right, a sign above the magnificent gate invites you to the most avant-garde pub in Krakow at the "Bücklein Theater" (open from. 18.00-4.00). The farther from the station, the more rapidly Lubicz loses its metropolitan character and, as if exhausted by the playing of the lady, she arrives at Rondo Mogilskie. Right behind the buildings of the station, on the left side, in the embrace of Lubicz streets, Zygmunt August, Bosacka and Topolowa, green remains of the Strzelecki Garden, among whose lush flora there was a seat and a shooting range (the so-called celestate) Brotherhood of Fowl.

The first Fowler Brotherhoods were established in the 13th century. first in the cities of France, Flanders, German, and in the next century in many other European cities. They were bourgeois rifle organizations associating members of craft guilds, who were supposed to support the city's defense in times of danger. The slightly ridiculous name comes from here, that during the annual shooting competition, which were to increase the combat efficiency of the townspeople, a wooden or tin hammer was shot. Each competition selected the best Sagittarius, proclaimed King of Fowl. The Krakow Brotherhood exists over 700 years and is one of the oldest associations in the world. For a year 1831 r. it is formally called the Shooting Society. The organization grew in importance in the second half of the 19th century., when even professors of the Jagiellonian University shot the cock, and they were the guests of honor: Emperor Franz Joseph and his son, Archduke Rudolf. Any TS ceremonies, headed by the coronation of the king, they took place and are still taking place in grandiose circumstances: old guild banners fly over the shooters in special costumes. Currently, Bractwo Kurkowe has its seat at ul. Mikołajska 16.

Before the roundabout, it is worth turning into ul. Rakowicka – one of the right crossroads towards north. That street, endowed with the charm of a wide avenue, leads after 15 minutes walk to the famous Rakowicki Cemetery. Along the way, the eye-catcher is the one rising on the right (Rakowicka 27) the yellowish building of the former Aleksander Lubomirski foundation, which today houses the University of Economics.

This impressive building, erected in the years 1888-1893 according to the designs of Tadeusz Stryjeński and Władysław Ekielski, was originally the seat of the Shelter for Boys. Prince Aleksander Lubomirski. The prince donated a large part of the money earned during the construction of the Suez Canal to charity. In the building of today's University of Economics, he established an educational institution for poor and needy boys. From the living and gymnasiums functioning here, swimming pools and workshops were used by pupils from the age of 8 do 18 years.

Almost from the middle of ul. Rakowicka, on her left, on the west side there is the Rakowicki Cemetery with an area of 42 he has.