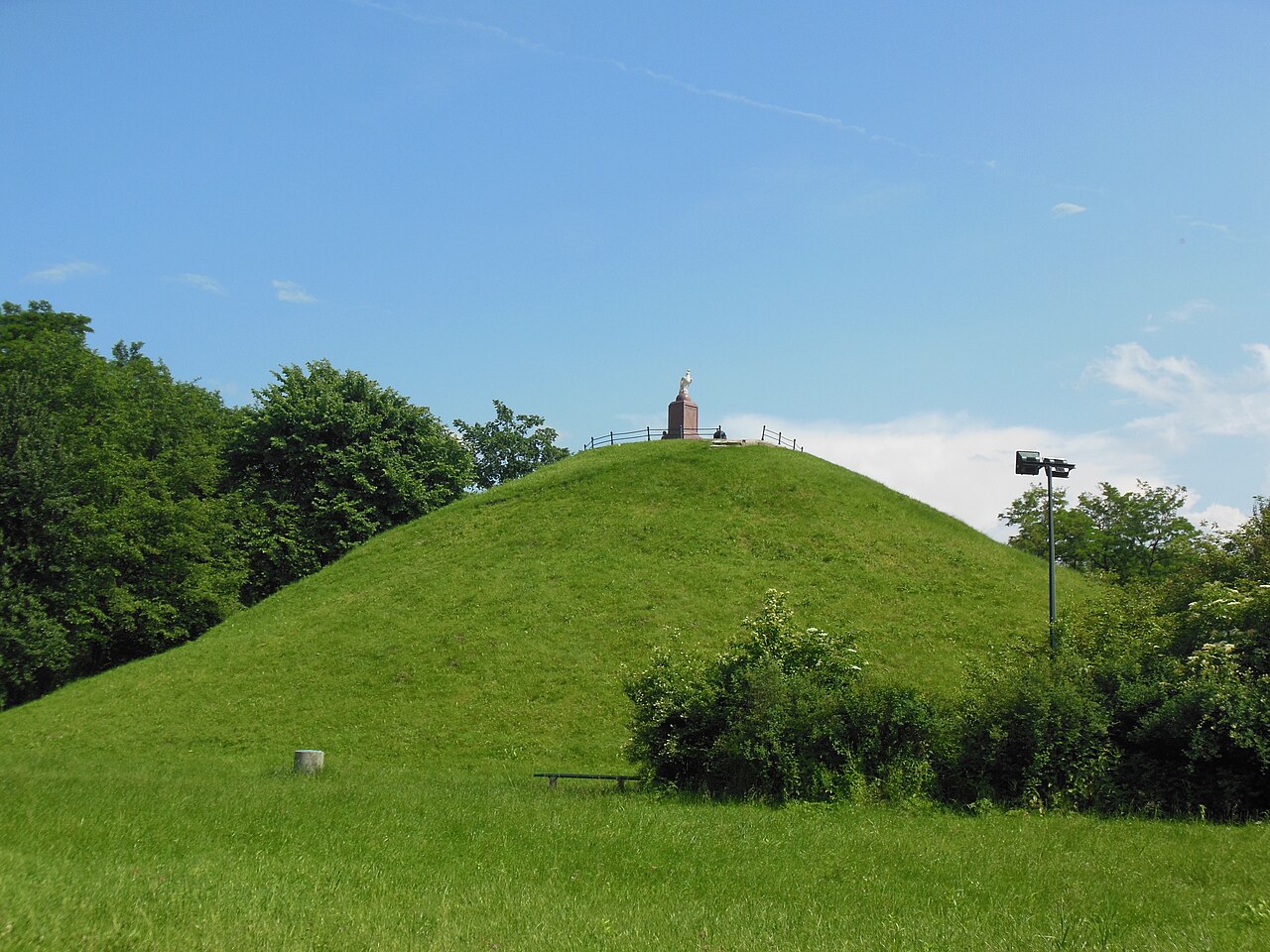 To the right of Jan Matejko's mansion there is the Wanda Mound – access from ul. Ujastek, drive – trams #15, 20.

And again – as with any mound in Kraków – history repeats itself, the same questions arise: who put it to sleep and why? It was probably founded in the 7th century. neither. as a guard or signaling mound. It was dedicated to Wanda – the legendary daughter of King Krak, which, not wanting to disgrace one's Polishness (?) through marriage to a German – threw herself to the Vistula.

By analyzing the different versions of this legend, have to admit, that the causes of Wanda's suicide are quite enigmatic. Let's take the most popular example: Wanda, an independent ruler of Krakow, having refused the German prince Rydgier his hand, goes against him with the army. Of course it wins. But be careful, that after victory, sacrifice is due to the gods – rushes to the Vistula. Where is the responsibility for the country? Where's the logic here? And why go to the Vistula immediately? In today's real world, Wanda could become a real heroine, introducing capitalism and lowering the inflation rate. Currently, at the top of the mound, there is a sculpture of an eagle with the princess's name engraved at the base.