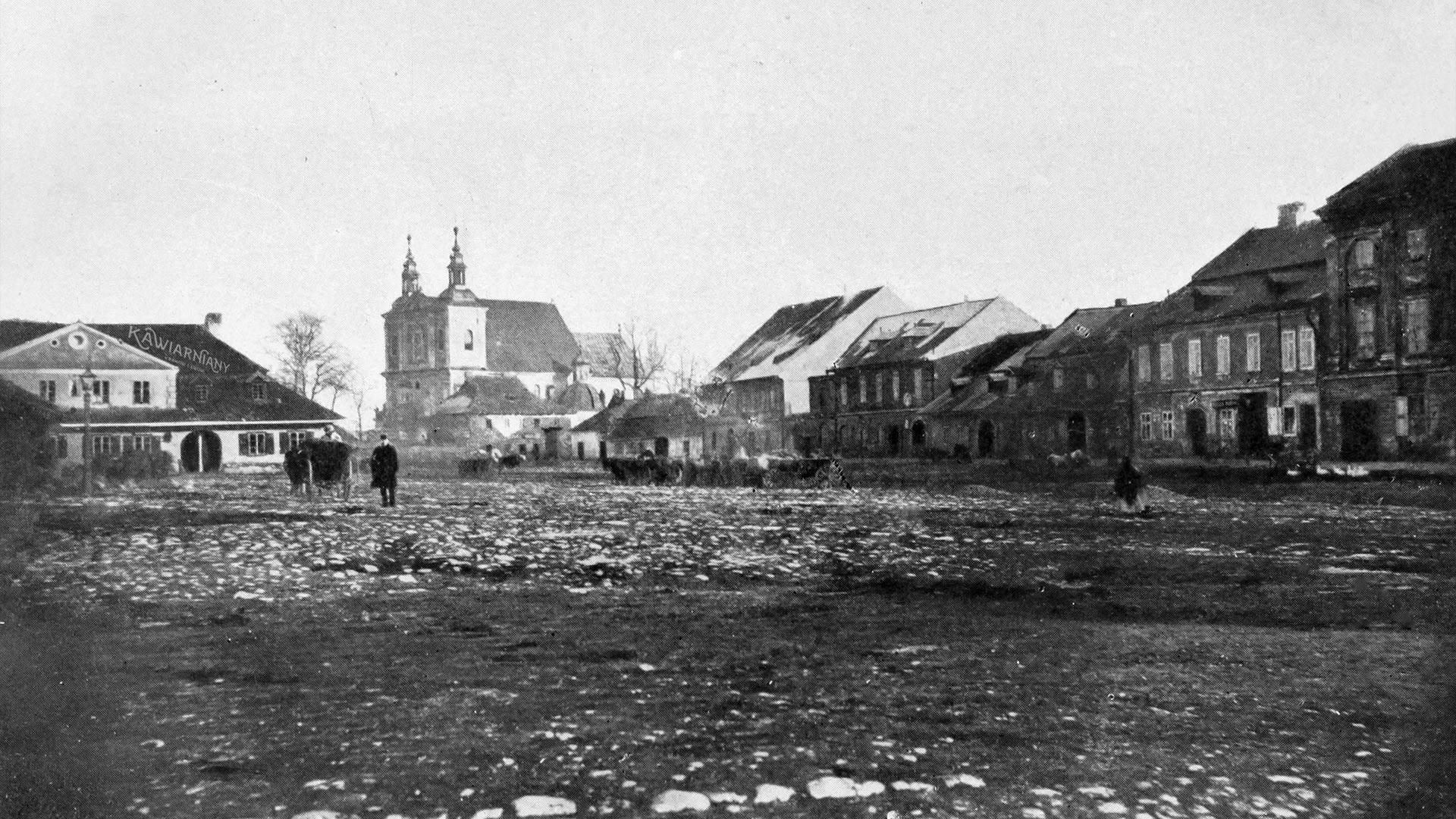 North of the station

From a busy intersection near the main railway station formed by the street: Lubicz, Pawia and Westerplatte go westwards Basztowa Street, which runs around the northern part of the Planty with a slight gap and after some time turns into ul. Dunajewski (formerly 1 May). Basztowa is part of the boulevards surrounding the Old Town on the border of Planty. After a few minutes of walking on Basztowa from the intersection, you can walk to Jan Matejko Square, and thus to the borders of the historic Kleparz.

Once an independent town of Kleparz (Clepardia, as it was previously written), famous a few centuries ago for its inn, quite frequent fires and harmful amounts of garbage, currently belongs to the district of Krowodrza. Apart from Kazimierz, it has always been the most important settlement in Krakow. The Kleparz settlement was established in the 12th century. between two important routes: The Royal Route and the route leading to Olkusz and further to Silesia. King Casimir the Great 1366 r. with the new name of Florence (from St.. Floriana), which, however, did not catch on for long, granted Kleparz city rights. So there was a municipal office here, town hall (there is no trace of both of them) and the market square. From the beginning of its existence until the end of the 19th century. Kleparz was poor, a trade and craft organism, built-up wooden one-story houses, with a market atmosphere. Even joining it to Krakow in 1791 r. changed little. Kleparz made a milestone in urbanization at the turn of the 19th and 20th centuries., when the monumental buildings of the Academy of Fine Arts and the current management of PKP were built. In the past, there was a very large Kleparski Square in the center of Kleparz, serving as a marketplace, which was later divided into Matejko Square and Stary Kleparz market square – and built.

From 1333 r., that is, from the death of Władysław Łokietek, Krakow witnessed great royal funerals, which took place before or after the coronation of the next monarch. Funeral processions of kings who died outside Wawel started from Kleparz, from the church of St.. Floriana, where the first service was held, and continued along the Royal Route to Wawel, where kings were placed in the tombs in the cathedral.

Somewhere in the 12th century, a year ago 1185, Pope Lucius III decided to accede to the warm requests of the Polish prince, Casimir the Just and send him gave the martyr Florian. At that time, there was not a single relic in Krakow yet. Pious Cracovians came out in front of the procession carrying relics, among them Prince Kazimierz and the Bishop of Krakow Gedeon – supposedly up to 7 one thousand. Suddenly, in the northern suburbs of Krakow, oxen pulling a cart with the venerable remains of St.. Florian, they stopped, denied, and next, despite threats and requests, they did not want to go. Another version of this story adds, that the saint's body grew very heavy and the oxen could not move. Anyway, only after the prince and bishop were solemnly sworn, that in place, where the stubborn beasts stood, will erect a church dedicated to Florian, the oxen went on. And this is how the church of St.. Florian at Kleparz.

A story with oxen carrying the remains of St.. Florian is only a fraction of supernatural events, whose kind and absorptive scene was Medieval Krakow. Every now and then an angel or some deceased appeared to one of the rulers and ordered to do this or that: Leszek Czarny appeared to be a messenger from heaven, by ordering him to go against the Jajwings. Objects, tainted by the hands of villains or infidels, live their own inconceivable lives – examples: a bell drowned by the Tatars in the Vistula in Salwator, emerged once a year from the depths and rang for fear, the monstrance thrown into the mud glowed unearthly, little children predicted the future, and comets and atmospheric phenomena had profound significance.