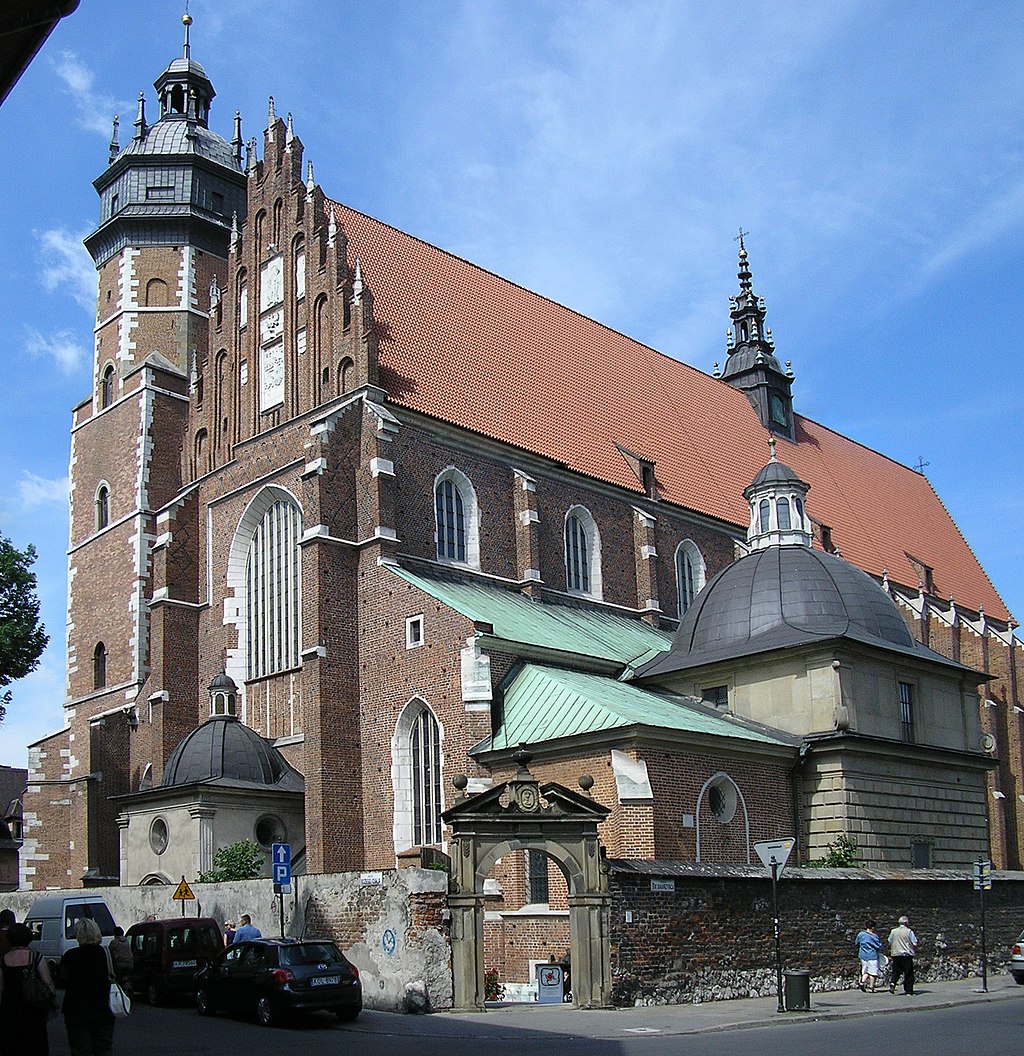 The external appearance of the Corpus Christi church reconciles different styles: late gothic gable facade, XVI–the eternal lines of the belfry, baroque and late baroque chapels and outbuildings. The three-nave interior welcomes you with solemnity, the darkness and the strong scent of incense. Under a raw brick and stone vault, between columns and cornices, it is several meters high with lavish baroque furnishings. The seventeenth-century stalls in the presbytery seem to be the most impressive, considered the most beautiful in Krakow. In the huge main altar, z 1637 r., in its middle part, there is a famous, coming from 1st coll. XVII w. image of the nativity of Christ, by Tomasz Dolabella. Between the pillars of the nave, on which the wooden ones are climbing, gold and bronze altars, you can easily see the pulpit from the beginning of the 18th century., late baroque, in the shape of a boat supported by mermaids and dolphins. The altar is a particularly sacred place – Mausoleum of Bl. Stanisław Kazimierczyk, Regular Lateran Canon, located in the left aisle (north). The remains of Bl. Stanislaus, famous for their miraculous power. There was a hanging under the oval portrait of the blessed 11 small pictures telling the story of Stanisław. There is a monastery of Regular Lateran Fathers at the church, brought to Krakow in the 15th century. and colloquially known as idols.

The north-eastern corner of Wolnica Square is filled with the enormous massif of the Corpus Christi Church, funded by Casimir the Great, St. 1340 r. and one of the largest Gothic temples in Krakow. Thanks to the richness and artistic level of the decor, he ranks at the forefront of Krakow. legend has it, that in the fourteenth century. unknown villains stole monstrance hosts from All Saints' Church (no longer exists today, do XIX w. standing by the bed. All the saints) and they abandoned them in the marshes near the former village of Bawół. The host shone with an unusual light and it was decided to erect a temple in the illuminated place. The glow of the monstrance, preserved to this day in the sacristy, for centuries it has protected the church in Kazimierz from all adversities.