Krakow is located 219 m npm, under 50 ° 3′ 52"Northern latitude and 1 h 19 m 50 s. length from Gr., in the valley of the largest river in Poland - the Vistula. Three different geographic types converge here: to the north and west there is a limestone and dolomite plate of the Małopolska Upland, from the south - the flysch chain of the Carpathians, descending towards the Vistula valley, creates the so-called. Carpathian Podgórze, to the east - the Diluvial Vistula Lowland forms an obtuse wedge.

The city is located in the Vistula valley, which from Tyniec to Krakow itself is groundbreaking, squirming, creates the so-called. Meandry” (slaughter), breaking through the hills.

Apart from the Vistula, four of its tributaries surround the city: Rudawa, Prądnik, Wilga and Dłubnia.

The salt deposits in Wieliczka are a decline in geological processes; sulfur - in Swoszowice, volcanic porphyry deposits, melaphyres and marble in Miękinia and Dębnik; carbon, zinc, lead, even silver - in Olkusz. 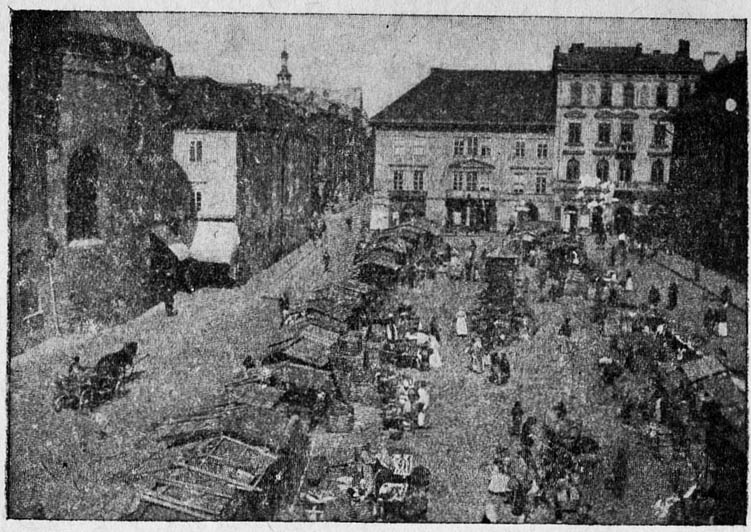 The wealth of forests with one of the largest forest complexes: The Niepołomicka and Olkusz forests, Tatra National Parks, Beskidy, Pieniny and Ojców are enhanced by the magnificence of the landscape of the Krakow region. Layers of dust created by the wind, creating loess beds, favor the creation of fertile soil, they condition human settlement and the development of agriculture.

Krakow and its land become an area predestined for early conditions, conducive to the emergence of human life. Recent archaeological works in Krakow have produced a number of sensational results. In the courtyard of the Wawel castle, man's tools from the Palaeolithic era have been unearthed in limestone rock pockets (stone age). It is irrefutable evidence of the old human settlement in Krakow, reaching approx. 200 thousand. years. This is comparable to e.g.. in relation to the Scandinavian Peninsula in this way, that when on the Wawel Hill, man already lived in the older Paleolithic, Scandinavia did not yet have an organic life. These problems are presented in an interesting form at the Wawel History Museum. Excavations in Zwierzyniec (Salwator) confirmed the vast area of ​​original settlement in the area of ​​Krakow.

So, how the landscape of the city of Krakow itself is beautifully varied, with his haughtiness: Wawel, Silicones, St.. Bronisława, yes, and around Krakow, with the band of the Kraków-Częstochowa Jura, Jury of Kraków-Jaworznicka, Beskid, The Pieniny and Tatra Mountains illustrate the richness of the topography.

The Krakow Land also gives an example of great ethnographic diversity. From Krakowiacy with their colorful clothes, music, dancing, equipment, customs, reflects the population of the vicinity of Olkusz. The piedmont population differs significantly from them, like Myslenice's "Clichés”, and the inhabitants of Podhale, so different in his attire and material culture. A separate world, at the foot of the Tatra Mountains, creates the people of Skalne Podhale, whose folklore is widely echoed in music, poetry and national literature. The Żywiec region presents the richness of the costumes of the townspeople of Żywiec.

Nature, man, custom and history make this ancient Krakow Land a destination for tourists from all over Poland, wanting to meet her.